Find Yellow Labrador Retriever Puppies For Sale Near You 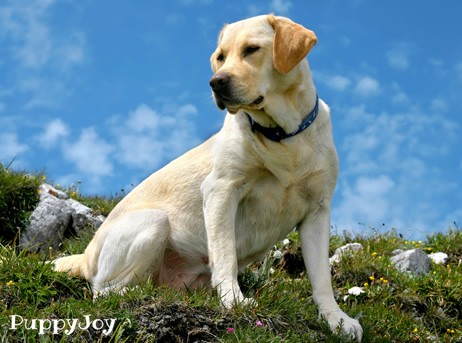 The Yellow Labrador, unlike its black and chocolate counterparts, consist of many different coat variations as opposed to just a single color. Yellow Labs can be anything from a light cream color right through to a rich butterscotch. Aside from the coat, there are no discernible differences between the different varieties of Lab. What is certain however, is whichever color Labrador you go for, you will inevitably get a fantastic household pet with a loving personality and bundles of energy. 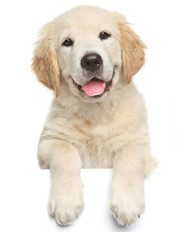 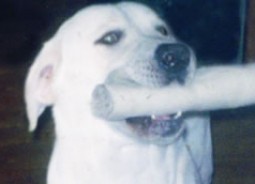 I was raised with mutts. Sweet and smart mixed breeds dogs that we got from some neighbor whose dog had a litter that needed homes. Then, in 1992, my then husband stated that he’d always wanted a Yellow Lab. We hadn’t been married long and Christmas was upon us. Since I love surprises, I devised my plan to surprise him Christmas morning with the puppy that had been his childhood dream. I had no idea how that decision would change my life.

On Christmas Eve I picked up a little boy, just over eight weeks old. I took him to a friend’s house for the night and ran out to “retrieve” him early Christmas morning. When I got to the house there was a sign on the door, “Not home. Puppy ran away. Merry Christmas. Good-bye.” Obviously, I banged on the door until they gave up and handed over the sweetest little guy my friends had ever experienced.

With a bow on his head he bounced into our lives that morning. We named him Buster and he became my shadow. Although Buster was meant to be a Christmas gift for my husband, he became my dog. He was the most affectionate dog I’ve ever known.

It was difficult to leave that first day to visit family for Christmas. We just wanted to stay home and play with Buster. We cut our holiday celebration short to go home to our new puppy. He was full of fun and loved to play. That night we kenneled him in the kitchen and he began to howl. I’ve always trained my own dogs and I went out to give the quiet command, a lifted hand, and told him, “No.” When I entered the room he stopped, but as soon as I’d walk away the howling began again. I quickly realized that it wasn’t the kennel, it was being alone that he hated. So, I got him out and dragged the kennel next to my bed.

After I returned him to the kennel and climbed back into bed, I felt my quilt being pulled away. When I rolled over he stopped, quilt in mouth. I said, “No,” just once and he released it immediately. I told him to lay down and he did. He slept quietly that entire night and he slept next to me for the next 10 years.

Maggie, our older dog, was my greatest aid in potty training. Buster quickly learned where he was supposed to relieve himself. He followed her to the back yard and that was it. He watched her and immediately knew what to do. He had very few accidents in the house and rarely chewed anything but what he was given to him to chew. In my experience, training a Yellow Lab, especially with a trained dog on hand, has always been any easy task.

Buster was very intelligent and easy to train, especially with Maggie’s example. The truth was, Buster didn’t care that much about being smart, rebelling against my plan or coming up with his own. Buster cared about loving and being loved; he cared about people.

As I mentioned, at the time of his arrival we had a five-year-old mutt named Maggie. She was a Basset Hound and German Shepherd mix. She was an odd-looking girl, but the smartest dog I’ve ever shared a home with. Although Maggie was a great help in training, she was not happy about Buster’s arrival. Buster wanted to play like a puppy and Maggie, believing she was human, wanted nothing to do with canine antics. After a couple of months Maggie realized that Buster was here to stay and she took matters into her own paws. Our little girl, who could be left outside all day without wandering off, led Buster through the back woods of our property to the grocery store three blocks away. She returned home without him; head down and tail between her legs.

It was many posters, a newspaper ad and three days before we got a call from the woman who had found him. When we arrived with Maggie in the car to pick him up, that sweet, young woman began to cry. She had seen him with Maggie before she rescued him from the store parking lot, so she knew we were truly his owners. Her heart broke at the prospect of giving him up, having fallen in love with our sweet boy quickly. She told us that the two were in the store lot. She called to them and Buster bounded over. Maggie watched, then headed back toward that house. Grateful for her honesty, we happily took Buster home. Maggie was not happy, but seemed to accept him after that episode.

Buster grew quickly. He topped out at about 80 pounds fully grown. I always said, Buster would die faster if you stopped loving on him than if you stopped feeding him. One day when he was about two he was in the backseat of my car between my daughter and her little friend. I heard the visitor struggle to say, “Buster I can’t breathe.” I quickly pulled over to find Buster sitting with his front paws wrapped around the little girl, hugging her while he licked her face. Buster was the most affectionate being I have yet to encounter.

Buster lived to be at my side. I took him with me wherever I could and his face would fall into confusion when I had to leave him behind. Whenever I’d return home, Buster would be at the back door waiting. The shoes that we stored on a boot tray on the back porch were always strewn across the floor. He never chewed anything up and I thought it was acceptable for him to show his disapproval of my leaving him behind by scattering the shoes. He was worth the trouble of rearranging the shoes. It was the only rebellion he ever showed and, after all, his major upset was being away from me.

Aside from the sweet temperament and the intelligence, Buster was a beautiful dog. He was classified as a Yellow Labrador with the AKC, but he was mostly white with golden streaks in his fur. Buster sparkled in the sunlight. He loved water, whether swimming or running in the sprinkler. I tried to indulge his love for water as often as possible, so his fur was always soft and clean.

He was such a gorgeous dog that once when we had him in the car outside a restaurant, a stranger approached us begging to buy him. He raved about how beautiful our sweet boy appeared. He was so adamant about buying him that I locked the car and sat by a window near the door, keeping Buster in sight every second.

Loving Life, With Energy and Excitement

We were involved in a motorcycle ministry at our church at that time. One Sunday a member of our group asked if we would all ride out to the nursing home his mother lived in and give the seniors a thrill. I made the decision to follow in my Jeep and bring the dogs. I know how much an animal can boost someone’s moral and thought it would add to the visit.

When we arrived, there was a crowd of seniors in the recreation room waiting. They were very excited to see the bikers, but many were more excited to see the dogs. Maggie was her usual calm self, the perfect visitor for the often frail, elderly residents. Buster on the other hand was full of energy and overly excited to be visiting all these new friends. I finally had to take him outside.

There was a small grassy area in the back of the building where I could let him off the leash. He was never a runner, so I let him go. I’d never seen him do it before, but he ran around in circles as fast as he could for about five minutes straight. I stood watching and wondering what was going on. After those few minutes he stopped, panted heavily, then came to my side. Still amazed I put the leash on him and walked back inside. After that he was a perfect gentleman and affectionately loved on everyone he met. He taught me that, as a lab, he had to release all that energy and excitement so that he could calm himself for the visit. He knew what he was doing. It was a learning experience for me.

Over the years that we were blessed to have Buster in our lives, we hosted many large gatherings at our home. Buster was always excited to have visitors. He was willing to retrieve his beloved ball for anyone willing to throw it for him. He was gratefully affectionate to all who paid him any attention. I realized after watching him interact a few times that he knew which of our repeat guests would return his affections and would pass by those who were not interested. He’d move from dog lover to dog lover, soaking up all the love he could.

Only One Sad Day In 10 Years

We were blessed with Buster’s presence for 10 years. He was perfectly healthy until one morning when he fell over and couldn’t get up. Unfortunately, that day we discovered a tumor near his spine that had finally grown to a size capable of pinching his nerves. It was one of the worst days of my life. Maggie had left us a few short months earlier and I vowed that I would never get another dog. Buster’s death was just too hard. Even my difficult, hard-nosed ex-husband took Buster’s loss very deeply. My Buster led me on a path of love for Yellow Labrador Retrievers that will never end.

The emptiness in the house was too much to take. I lasted six weeks! When I started searching for the next four-legged addition to the family, a Yellow Labrador was my only choice. I found an ad for a litter about an hour away from home and called for a visit. The next day I was sitting in paradise with eight bouncing puppies using me as a trampoline. It was Heaven. There were two adorable Chocolates available from the litter and I began to sway. Then the owner’s grandson entered the room and seven of the eight pups ran for the boy. One remained with me; a little yellow boy.

I looked up to find the woman staring down at me. “Which one do you want?” she asked. I laughed and pointed to Dakota, still in my lap. On a cold October night, a week later, I brought him home.

Dakota became my new companion. I’d sit on the floor and he’d run for my lap, just like the first day we’d met. It was only a few months before I decided that he needed a friend and that I needed another Yellow Lab. I brought my little girl, Rylee, home a week after the new year. Both Dakota and Rylee followed in Buster’s footsteps as my shadows. But Dakota was more of a thinker than both the other Labradors that I loved. He was a lover, but my Rylee became the overly affectionate stand in for my first lover boy, Buster.

Tell Us About Your Yellow Labrador Retriever