Find Hungarian Vizsla Puppies For Sale Near You 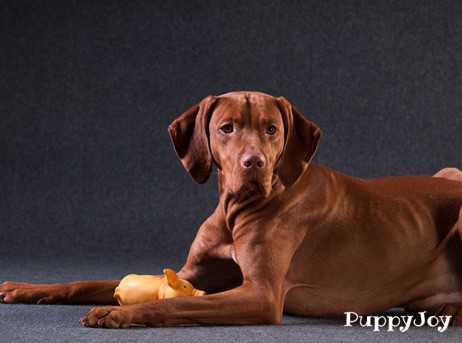 The Vizsla is a medium-sized breed known to be very enthusiastic and highly trainable. For this reason, they are often used as hunting dogs. Due to their calm and friendly nature they also make fantastic family pets, socializing well with both small children and other dogs. Their high levels of energy mean they require a lot of activities and a varied exercise routine; they can become quite troublesome if not exercised properly. 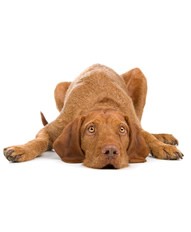 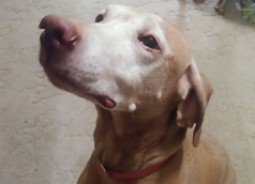 I have been a mother to Sadie, a pure breed Hungarian Vizsla, for just a little bit over 7 years now, and it has been the greatest commitment that I have ever signed myself up for. I adopted her when she was just 6 months old, and it has been my greatest pleasure in shaping her into the beautiful dog that she is today.

My specific Hungarian Vizsla is, and always has been, an extremely hyper, active, and fun loving dog. No matter what time of the day it is, I can always find her running around the backyard, or trying to get my other dog to play with her and her toys. She does have a favorite toy, a little purple ball that squeaks, which can get a little frustrating in the middle of the night when I'm trying to sleep. Like I said, she has extremely high energy no matter what time it is. She does have her moments when she gets tired, at which point she will want to lay down with me and cuddle until she falls asleep. It's the cutest darn thing I've ever seen.

Out of all the animals I have had the pleasure of raising, she is the only one to be so loving. However, I never know what mood she is going to be in at any given point during the day. Some days she'll be a bit more energetic than others, but she also has her days that are lazier than others, as well. She is a very unpredictable dog when it comes to her mood. I think she is just naturally moody because I cannot find any correlation to outside factors that would cause her to change moods. Regardless of how she is feeling that day, she ALWAYS has to be the center of attention. She needs attention almost all the time, which is great when I am not doing much around the house. It can get to be a handful when I am trying to clean or cook dinner, though. She has a bit of separation anxiety, and so she is always around me no matter what I'm doing. I think she changes attitudes so quickly because she has such a short attention span. This is a blessing and a curse.

I thought that having a Hungarian Vizsla with such a short attention span was going to make it a little more difficult for me to get her potty trained and to listen to me when I gave her an order, which was not the case when she was younger. She was already potty trained when I adopted her, so I can't really say how easy of a process that was. However, it was easy for me to break her of bad habits around the house when she was under a year old.

When I first adopted her, she loved to grab anything that she could get her mouth on and tear it up. I would leave the house to go to work, the grocery store, or whatever the reason may be, and when I got back there would be fluffing from pillows, shoes, newspapers, and everything else thrown all over the house. Since she is so big on getting attention every second of every day, I found the best way to train her was to point at the mess she made, say no, firmly, and stick her in her kennel for a few minutes where she was separated from interaction. After a while, she caught on that what she was doing was wrong, and when I would come home, the house would still be in the shape that I left it in.

Aside from training purposes, I also worked with her to learn some tricks, such as giving high fives or playing dead. I trained her to do these just with giving her dog treats. I would tell her to give me a high five and when she did, I rewarded her with a treat. As she got older it became harder and harder to get her to learn new things. I thought that with still giving her the treats, or locking her in her kennel for a few minutes would still work as a training method, but she seems to keep reverting back within a few minutes of being released from her cage.

For example, with her being as active as she is, she tends to accidentally instigate fights with my other dog. I'll put my Hungarian Vizsla in her kennel for 10 minutes to give each other some space. When she comes out, everything will be calm for a little while. With time, however, Sadie will accidentally start another little fight. When I was trying to get her to stop chewing things up in my house, it only took about a month to break her of the habit. Now, at 6.5 years old, I have been trying to break her of fighting with my other dog for a year or so now. It was definitely easier to train her as a puppy.

No matter how hard it is to train her, what mood she is in, or the habits she has picked up along the years, I still love my Hungarian Vizsla more than just about anything else on this planet. I never know what to expect from her and it keeps me on my toes. She has given me so many stories to tell my friends and family, and I love talking about her. I love the energy she has and how affectionate she is towards every one else around us, as well. She gets along with other animals, humans, and is so soft on the inside. She doesn't have it in her to intentionally hurt anyone or anything around us. She is the perfect dog for every one.

Tell Us About Your Hungarian Vizsla