Find Shih Tzu Puppies For Sale Near You 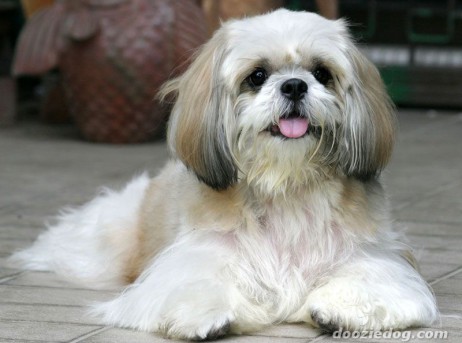 Alert, lively and undeniably cute; the Shih Tzu is a pure breed toy dog that makes a fantastic family pet. Their lovable appearance is signified by a raggedy beard and mustache and a long flowing double coat. The Shih Tzu’s playful and affectionate nature make them wonderful companions however, on occasion, they can be difficult to housebreak. They can also prone to Small Dog Syndrome if appropriate rules and barriers are not put in place. 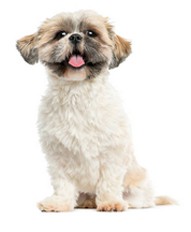 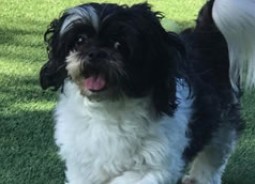 I have a six year old Shih Tzu named Molly. She is the light of my life. She is thirteen pounds of sweet cuddles. I brought her home at eight weeks old from a local breeder, whom I got my other dog, a Maltese from. She has proved to be so much fun, and while tiny, she has a huge personality.

Temperment of a Shih Tzu

Molly is, to put it lightly, hilarious. I will find her laying on my pillow and tucked in the blankets like a human, sleeping with no care in the world. She plays with my cats and growls at her own shadow. She is extremely smart and knows when I am not feeling well or if I am upset. During these times, she is extremely attentive and does not leave my side until I am back to my normal self. After my recent knee surgery, she laid in bed with me for weeks until I recovered, and licked my scar to the point where I had to discourage her from doing so because I was trying to sleep. With all of this being said, Molly can be very jealous, in turn being spiteful. For example, if I ignore her for some reason, she will "forget" to use her pee-pad that is located in the bathroom. If I have an issue with her in the morning, I know that by the afternoon she will have left something for me somewhere. She is great with other animals, and does okay with children. She frightens easily, so children do come over as overwhelming to her. Loud noises are also an issue for her. Every Fourth of July is stressful for us in our home because she shakes, barks and ends up getting sick because of the fireworks scaring her so badly.

Potty training was fairly simple. Since a Shih Tzu does not make huge messes, we opted to use a pee-pad in our bathroom versus going outside. She does get under our fence in the backyard if we let her out there, so it was not worth the risk to us. Potty training only took a couple of weeks, and I used the treat method. If she went on the pad, I gave her a small training treat. If she went anywhere else, I sprayed the area with Citrus spray, (dogs despise citrus), and moved her back to the pad. With persistence, she is now fully trained. Like I said above, if she gets jealous she does purposefully go somewhere else in the house. She knows exactly what she has done and hides after she does it. I have had to try a few different brands of pee-pads to find the right ones because as she has gotten older, her urine smell has gotten stronger, but I am sure that is true with most dogs. Despite all of the pee-pad business, if I do have to bring her somewhere and I stop to let her out of the car so she can go to the bathroom, she does outside with no problem.

Despite how loving and sweet Molly is, she is feisty. She can be stubborn and not listen sometimes. For example, when she gets on to our patio, which leads to our back yard, I yell at her to come back because I do not want her digging out of our fence. She looks at me, and keeps running further out. I do have to chase her often. Basic obedience training was not difficult, as she responds very well to treats, like I previously mentioned. She is fully crate trained, and enjoys being there. She likes to sleep under my bed sometimes, and if I shake the treat container and call her name, she runs right into her crate. It took about a month of consistent work with her for the basics, but she has not outgrown any of the feistiness.

Something to consider that I did not before getting Molly, is how often she would have to be groomed. We live in Florida so she does get hot easily and often. I have to take her to the groomer a lot which does add up, so that is something to keep in mind. If I go off of her grooming schedule even a little bit, she does get quite stinky and her fur gets knotted up. She has had fleas a couple of times, (they are bad here), and they are extremely difficult to manage with her due to the length of her hair. When she has had them, she has had to basically go bald which was not a good look for her. Since implementing a monthly preventative, and since she does not go outside very much, she has not had fleas again. Also, considering the groomer, we have had to go through a couple to find one that she likes. The first one we took her to, she pooped on the floor as soon as we walked in and did not calm down the entire visit. She did not finish and I had to pick her up the way I dropped her off. Her anxiety is really bad with groomers, vets, etc. until she warms up to them. Now when I take her to "her" groomer, she walks off like, "Bye Mom."

Shih Tzu's with Other Pets

Fun fact: "shih tzu" means "lion" in Mandarin Chinese. I swear she knows this because I think she thinks she is a lion. She will stand up to our twenty pound cats and try to tackle them, (playfully, of course). She also barks viciously at the doorbell like she is going to do something to the Amazon delivery guy, but when the door opens she runs quicker than her legs can take her. In all seriousness, she is awesome with our other pets. As previously mentioned, we have another dog, a Maltese and three huge cats. She gets along with all of them and we have never had a problem with them interacting. Molly is the most playful of the bunch and often is what we call a "riot-starter" in the middle of the night. She will wake up the other dog just to play, and while cute and funny, it can be exhausting.

I would say my biggest concern about Molly is her ability to get along with children. We have three young boys, and it has been a real struggle to get her to warm up to them. When my oldest was about a year old, he grabbed her tail and she did nip his cheek. It was not a serious bite, and luckily we were right there, but it was enough for us to be concerned and take extra precautions that we have never had to make with any of our other dogs. Now three years later, she allows the kids to pet her more, and she does not freak out as much. However, she does have a limit and you can tell when she has had enough and has to go be alone for awhile. This being said, if my children are sleeping, she will get on the couch next to them and lay. She does not mind them if they are sleeping and does get protective over them if their dad is rough-housing with them. If I had to do it all over, I would probably wait until I was done having children and mine were a little older until I got her. Babies and toddlers are so touchy-feely and they do not understand the possible consequences of grabbing dogs. This does not mesh well with an anxious breed.

I Just Love Her

All in all, I am glad I picked a Shih Tzu. Molly is actually my second one. I had another one many years ago, but like dogs do, he passed away. Many of the traits I described in Molly proved to be true in both of the Shih Tzu's I have owned. They really have the biggest, sweetest personalities. Do not be fooled completely though: they are ridiculously smart and can be spiteful if they do not get their way. I have also owned several other breeds of dogs, including a Golden Retriever, English Bulldog, Black Lab, and Maltese. I will most likely always be a Shih Tzu owner. Their love and devotion is just something I cannot be without. They also look adorable in a puppy sweater.

Tell Us About Your Shih Tzu