Find Labradoodle Puppies For Sale Near You 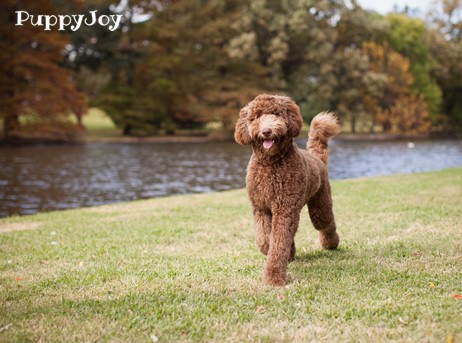 The American Labradoodle is a charming cross between the Labrador and the Poodle. As with all cross breeds, their personalities can be somewhat difficult to predict however you can be sure to get a wonderfully friendly, happy dog with mid to high levels of intelligence. They often retain the suave sophistication of the Poodle and lose the Labrador Pure breed’s doggy odor as well. Like Labradors and Poodles, Labradoodles are great with families and children and often display a great love for swimming. 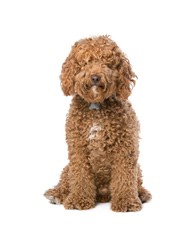 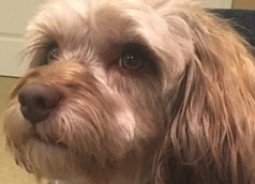 Why I Love My Labradoodle

My family has a labradoodle (Sadie) and she really is a great dog. She has actually helped take away my fear of dogs. A bit of a backstory, we had another dog (a Wheaten Terrier) when I was in high school and he was very mean-spirited. He bit me and my younger brother and we had to give him back to the breeder. From then on, I wasn't a big fan of dogs and didn't understand my family's desire to get another one.

Then, our precious labradoodle came into our lives. We bought her because of her size (she's a miniature labradoodle: half miniature poodle and half Labrador retriever), temperament and the fact that labradoodles are hypoallergenic.

She was a little bundle of energy when we first got her as a puppy, but very sweet. Sadie has been with our family for almost three years now and she has definitely made our lives better. There's nothing like waking up to her sniffing under the door because she's anticipating you coming to greet the day with her.

One of our favorite things Sadie does is when she gets excited to go on a walk. We start saying "Ummmm" like we are about to make a big announcement. She cocks her head to the side anticipating what's next. Then we say "Do you wanna go on a walk?" and she leaps up and down out of excitement for her outing. Sometimes we tease her and just go "Ummmm" just to watch her cock her head. It's so cute!

Temperament of a Labradoodle

Our labradoodle is very playful. She likes a lot of attention, but isn't aggressive. When you walk into the house, she is definitely the first one to greet you as she bounces up and down joyfully. She then runs to the couch to stand on her hind legs to give you what we call "High Ten" and showers you with kisses. Then she runs around in circles a bit before asking for another "High Ten," which we always get a good laugh at.

She likes being around people and in the center of the action. She is always at my mom's feet when she is cooking or curled around my dad's office chair when he is working.

But she also enjoys her rest and often snoozes peacefully on the staircase when there's not a lot going on. A funny thing she enjoys is being brushed. My mom will lay her on her lap and gently run the brush through her fluffy hair. The best part is when she lays on her back in submission and rests her eyes while my mom brushes her tummy.

My mom jokes that we are still training our labradoodle and she is nearly three years old. We know that she showcases both the playfulness of the Labrador breed and the intelligence of a poodle, so she is always going to be learning new things. She knows basic commands: "Sit," "Down," "Roll Over," "Shake," which she learned with treats and basic training. She plays fetch well and enjoys tug-of-war. She growls playfully, but has never snapped or bitten anyone. Sometimes if her growling gets too aggressive, we just slap her nose and yell "No" and she stops instantly.

In regards to potty training, it was very easy. She only peed once or twice inside the house when she was a puppy and it only took a few days for her to be potty trained. Again, we used treats to reward her when she went potty outside and now she knows to wait at the door when she needs to go.

On walks, our labradoodle is very curious. She sniffs a lot and wants to investigate every rock and tree. She races ahead sometimes, but is easy enough to control. She thinks she is bigger than she really is and will confront other dogs without hesitation, so we have to be sure to have an extra strong hold on her leash when other dogs walk by. I guess we could train our dog more strictly to behave better on walks, but she is manageable enough and actually fun to walk because of her playfulness.

Should You Buy a Labradoodle?

My family has so enjoyed having a labradoodle. She has truly become part of the family and has been an equal part of our Christmas cards that we send out each year. She is full of love and playfulness and is the perfect companion.

Tell Us About Your Labradoodle