Find English Bulldog Puppies For Sale Near You 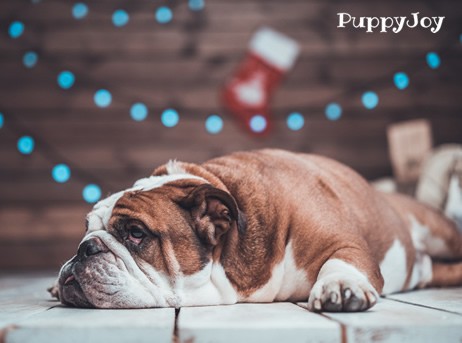 The English Bulldog (or British Bulldog) is a medium sized breed characterized by a wide muzzle and small ears. The Bulldog is well known for its suitability as a guard dog and they are often unfairly labelled as a loud and aggressive; nothing could be further from the truth. Bulldogs have a naturally gentle nature, are great with other pets and are fantastically well suited for families with children. Despite being very high energy as a pup, they do often slowdown drastically in later years. 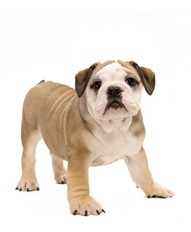 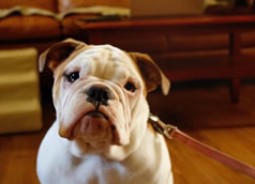 Owning an English Bulldog - My Pearl

Wrinkles, clumsiness, sass, and snores. It is close to impossible not to fall in love with English Bulldog puppies. Growing up, my family always had the adorable, flat-faced breeds - Pugs, Boxers, Boston Terriers, and so on. Therefore, when I got my first dog on my own, I knew I wanted a wrinkly pup. What better than an English Bulldog?

When I started my search for a bully puppy, I went from pet store to pet store, but I wasn't satisfied with the price and/or appearance of the puppy. Typically, English Bulldog puppies go for anywhere from $2,000 to $4,000, which is a tad pricey. So, I went online and found a breeder about two hours away from me. The breeder's bulldog had just had a litter and he posted pictures of the puppies. I immediately fell in love with this tiny little girl they had named Pearl. Pearl was a precious pile of wrinkles and I couldn't resist - I bought Pearl for $1,350. This was the start of my life as a bulldog mama.

Bullies are widely known for their breed's stubborn personalities. My bully was no exception. On one hand, potty training was not as difficult as many people think. Pearl was fully potty trained in about six months. She caught on to the idea very quickly that she was to relieve herself outside. I took her outside after playing, eating, and waking up and she understood that the yard was the place to do her business. Unfortunately, obedience training wasn't quite so simple. She had an extremely demanding and bossy personality. She did not like to be told the word 'no' and loved to get into any mischievous activity her little paws could reach, whether it be taking the toilet paper roll for a dash around the house or stealing bras and socks to store in her bed (granted, both of these were adorable at the time, but bad behavior nonetheless). Additionally, she liked to scream when she wanted to be fed, even if she had just eaten and on top of that, she would eat ANYTHING. So, I enrolled her in puppy obedience school. Pearl is extremely food-motivated and learned how to sit, lay down, give paw, and stay in no time - but ONLY if there was food involved. If I didn't have a treat to show her, she couldn't care less about what I had to say and had no interest in obeying the command. This just proved the stubborn stereotype of the breed. Overall, although my English Bulldog was a quick learner, she only obeyed on her terms. (P.S. - she graduated at the top of her puppy class, even if she did need food to get through it!)

Temperament of an English Bulldog

Although she was bossy, my little bully was a sweet puppy. She loved to cuddle when she was young and fell asleep on my lap before I put her to bed every night. She loved people and went EVERYWHERE with me - I took Pearl to work, to run errands, walk around downtown; you name it, she was there. However, as she got older, she began to become wary of, well, pretty much everything. It was like an instant change where she went from a happy-go-lucky pup to a timid, mature bulldog. She began to run between my legs when a stranger approached her to pet her and became skittish of the smallest things. She feared a piece of foil, a clicking pen, a jacket that had been moved from it's original spot, and so on. She was nothing but a spoiled rotten, adored, and loved pup, but she began to act as if everything was terrifying.

Then, something else very strange happened. My bully began to fear other dogs, and even become increasingly aggressive towards them. Now, keep in mind, Pearl had LOVED other dogs and was doggy pals with all of the other dogs at her obedience school. She loved to greet other pups who she met at the vet or going for a walk. But one day, I had taken Pearl to the vet and she was playing with all of the other dogs without a problem, with the exception of one dog. There was an older Pug that was completely harmless. This adorable little Pug had a problem with her esophagus and couldn't even eat unless it was completely ground up and made into a mush-like formula - she was an absolute sweetheart that just sniffed Pearl like any other dog would. My Pearl turned on her in a split second. She was snarling towards the innocent Pug. Luckily, I was able to grab her before she could harm the her. I didn't understand what had happened. I had just seen my sweet bully turn vicious. From that point on, Pearl behaved extremely aggressively towards ANY dog that she saw. The other dog didn't even need to look in her direction for Pearl to growl, snarl, and try to reach the other dog.

On top of her doggie issues, Pearl did not like children. In her defense, she had never been around kids much but she was always friendly with them when she saw them out in public. But now, she seemed to stare down and growl at any kid she saw. I've done some research and it seems like this simultaneously timid and aggressive behavior is a result of a fear-aggression personality trait that is common in the English Bulldog breed. Nevertheless, Pearl is the sweetest girl to myself and everyone in my life. Although she now doesn't like to cuddle as much as an adult dog, she still loves her belly rubs. She never leaves my side and despite her fear-aggression, I would say her temperament is delightful and loyal to any individual whom she knows well and has become comfortable with.

When I was looking to get an English Bulldog, I was aware that they had a lot of health issues. However, I was not prepared for SO MANY. When I first got Pearl, she had severe diarrhea that was the result of giardia. After extensive blood-work and various other tests, she was put on several medications and prescription food until she recovered. Unfortunately, the diarrhea itself was an off-and-on issue for almost a year until her food allergy was also diagnosed. Then, she developed a cherry eye, which is common in the bully breeds - and the cherry eye had to be surgically removed. On top of this, Pearl is also prone to yeast infections on her face and lower stomach area and has to be wiped each night with medicated wipes. After these health issues, Pearl tore her cranial cruciate ligament, which bulldogs are also susceptible to hurting. This required extensive surgery on her knee, physical therapy, and two months of one-on-one recovery to ensure that she would not become lame. Now, as Pearl is almost two years old, her skin allergies have peaked, causing her to constantly bite and chew her paws. After seeing a doggie dermatologist for her allergies, she requires a medicated shampoo each week and medicated soaks for her feet every other night. So, needless to say, bulldogs do live up the expectation of being prone to health issues.

Being A Bulldog Mom

Despite some behavioral and health issues, owning an English Bulldog has brought so much happiness and adventure into my life. Here are just a few quirks of my bully. Pearl has an extremely distinct personality that is just overflowing with sass. She is truly unlike any other dog. Pearl absolutely despises any form of physical activity, meaning she would rather latch on to her bed in refusal than to go for a walk. As soon as she gets into a car, she immediately falls asleep – and stays asleep the entire ride. She makes everyone laugh with her relentless snoring, unpleasant smells, and permanent grumpy look (she is also the QUEEN of giving the side eye to anyone or anything that she finds is not worth her time). She hoards her toys in her bed and lays on them as if she is on top of the world. Additionally, she is anything BUT coordinated and just completely bulldozes her way through everything, clearing her own path with her stubby little body. To add on even more cuteness, the bully breeds often have underbites, and Pearl has two tiny buck-teeth that often stick out to give her her own signature look. Lastly, when she does decide to come outside, she loves to chase leaves that blow around or jump around in the snow to try to catch the flying flakes.

Overall, I would recommend the English Bulldog breed to anyone who is capable of managing a very high maintenance dog. From personal experience, I can truly say that this breed is loyal, loving, and absolutely devoted to the right person who isn't afraid to take charge and assert themselves as the leader.

Tell Us About Your English Bulldog