Find Dachsund Puppies For Sale Near You 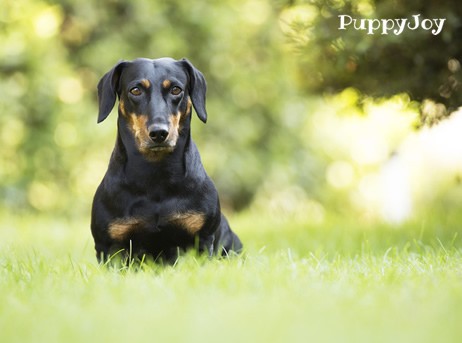 The Dachshund can be incredibly difficult to train, and poor handling will inevitably lead to unpredictable behaviors from the dog. With persistence and consistency however, it is possible. A well-trained Dachshund is a joy to be around, they are very clever, wonderfully affectionate and quite often amusing. They thrive among big families and can be incredibly social when the opportunity presents itself. 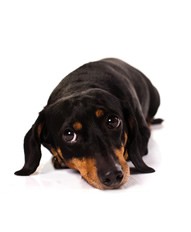 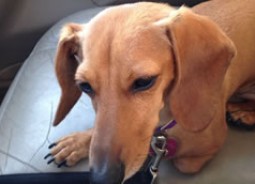 Anyone looking for a large dog in a small package need look no further than the dachshund. These incredible little characters were originally bred to go into tunnels to hunt badgers. In fact, the name “dachshund” literally translates as “badger hound,” and since badgers are notoriously fierce, dachshunds were bred to take on those tough little opponents. Speaking from personal experience, I can assure you that dachshunds will back down from nothing, which is one of the reasons why I love the breed.

The Three Coats of the Dachshunds

While many people are familiar with the smooth-coated “wiener dog,” dachshunds actually have three different coats. There is the smooth coat, the long coated, and the wire-haired. Despite their different hair lengths, however, all three varieties are eligible to be shown in professional dog shows. In my own experience, I’ve actually found the wire-haired dachshund to be the most “people pleasing.”

When it comes to temperament, dachshunds are extremely loyal and personable. Of course, they tend to be somewhat aloof when first encountering a stranger, but they quickly warm up. It’s important to keep in mind that dachshunds are actually the smallest breed of hound, which means they have a hound’s temperament – and that usually includes barking when they are excited or on the scent of something.

Having owned various dachshunds through the years, one thing I can attest to is how much these little guys like to eat. In fact, you might want to keep a close eye on their food intake, since they can very easily tend to put on some extra weight. Luckily, however, dachshunds also have a pretty deep well of energy, and spending time every day either walking your dachshund or going out in the yard and playing will go a long way towards keeping your pet at a healthy weight.

One area that has to be addressed with dachshunds is their legendary stubbornness. If you’re looking for a dog that has a mind of its own, you might as well call off your search. While my dachshunds have always been faithful and loving to me, I’ve got to admit there are times when they’ve also decided it was time for them to do their own thing and left me in their wake to clean up their messes.

Speaking of messes, people wonder just how easy dachshunds are to house train. As you might have guessed, that’s entirely up to the dog. I’ve had some dachshunds that literally seemed to potty train themselves and I’ve had one or two that have decided it was going to become a battle for the ages. (Eventually, of course, the dachshund does come around – usually right when I’ve reached the end of my rope.)

Since dachshunds are stubborn, training can be a challenge, but the best way to handle it is to work with the dog as a partner. Trying to get a dachshund to do something it doesn’t want to do can be very frustrating and if you think you’re going to wear the little guy down, you might as well settle in for the long haul. In my experience, using food rewards tends to have the best success. As mentioned earlier, dachshunds love to eat and the best way to get a dachshund to do what you want is to come at it through the stomach.

Dachshunds really tend to always be on “high alert.” Even when mine are just lying on the couch, the slightest noise has their heads popping up and they’re looking around to see what’s going on. (Of course, if the sound they hear happens to be food-related, rest assured the dachshund will magically appear by your side, ready for any potential food scrap to be devoured if it falls to the floor.)

Because dachshunds have long backs, I’ve always had to pay careful attention to letting them jump off of furniture. As dachshunds get older, they are less limber and they can actually strain their backs if they are not carefully monitored. Some dachshund owners (myself included) have little ramps next to the couch and bed, allowing the pets to run up and down without risking injury to themselves.

At the end of the day, if you’re looking for a dog that will be by your side through thick and thin, ready to take on any challenges the world might toss at the two of you, you’d have a hard time finding a better breed than the dachshund. When you’re exhausted at the end of the day and just want to relax, the dachshund will be your couch potato companion – but if you’re in the mood to burn off some calories, you’ll have an exercise partner that just won’t quit.

Tell Us About Your Dachsund