Find Black Labrador Retriever Puppies For Sale Near You 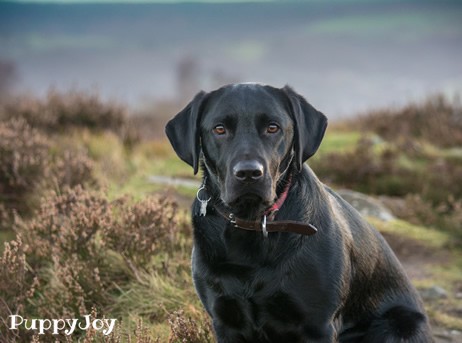 Historically speaking, the Black Labrador is the more popular of the Labrador breed, although aside from the coloring of their coat, there is very little difference between a Black Lab and say, a chocolate one. There is also a common misconception that the Black Labrador is easier to train than other varieties, this is a myth, again the only discernible difference is the coat color. All types of Labrador make fantastic household pets, they are loving and social and are always fun to be around. 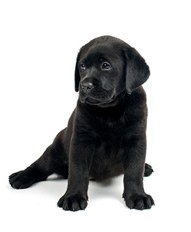 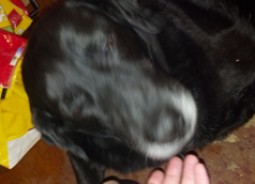 Whenever someone tells me that they're considering getting a dog, I say that they should go for a Lab. Labs are amazing, sweet, silly good boys. I had already heard great things about Labs, but it's one of those things you have to experience to believe.

Enter Lupin; My fat old Labrador. He was a birthday gift to me when I was 15. He came late, though. We share the same birthday, which means I had to wait a couple of months before I could actually pick him up. He's been an amazing friend since the day we got him.

Lupin didn't have the best start in life. He was the runt of a litter that the momma didn't want. When he came to us, he had mange and a scar across his face from where his mother had attacked him. But life changed for him when he came here. He was about "average" when it came to "potty training". It took me about a month or so to get him to go to the back door when he needed out. It was easy enough - just did the newspaper at the back door trick and he caught on easy enough.

He was a very vocal puppy. He was always barking and whining whether he was exciting, happy, mad, wanting to play, or needing out. It took me a little while to figure out which sound meant what. It's funny because now that he's an old guy, he hardly ever barks! He'll bark at our goats when we're outside because he's guarding us. He especially keeps the goats far back when our 3 small girls our out back. He's a very good boy.

Lupin has been a great guard dog his whole life. He once thought someone climbed our back fence and was chasing them away only to realize it was my mom wearing a hat and immediately become the friendly Lump he usually is. (We call him Lupin, Luey, Lump, Lumpy, Plump Lump, Ooey Luey, Pooin' Lupin, you get the idea!) He's always kept aggressive animals at bay and will run off anyone and anything he doesn't think belongs.

But Lupin has rarely been in fights, and the fights he has been in has been breaking up other dogfights. He never goes for "death blows", and when no dogs are fighting, he doesn't care. We have pet chickens he lets walk over him. He plays with cats and kittens, he doesn't mind the goats when he's the only one back there with them, and he's friendly with other dogs. He's the most social dog I've ever had. Every animal and person is a friend - until he thinks they're up to no good! Again, though, he has never attacked. Just barked and growled until they left.

From that, you might've guessed that we live out in the country. We get some weird animals that come by, especially for the chickens. One day we were out in our garden when a little chicken hawk came walking up. He must've been pretty hungry to come into the garden with a family of 5 running around. He let us pick him up. He was pretty sick and had some kind of strange bite on his back. We fed him and gave him some antibiotics and brought him inside. That little bird is a story in and of himself, but for me, it was just one more way Lupin showed his kindness. This bird could fly and it would often fly straight onto Lu's head, even while Lu was asleep. It scared Lu the first time - he jumped and stood up faster than I've seen him move in years! But afterward, he just didn't care. He even let the little bird scratch around on him and hunt for bugs. It was pretty cute!

When Lupin was younger, there wasn't a trick in the book he couldn't do. He was trained in 2 languages, hand signs, and snaps & clicks. He was both eager and quick to learn. As he's gotten older, tricks are harder for him. His hips have given out on him, his hearing's bad and his eyesight isn't what it used to be. But when we tell him to sit or lay down, he's still a good boy. It takes a while, but he does it. That crazy dog even still tries to jump around to celebrate when we've been gone for more than a couple of hours!

I know that everyone says that Labradors are the most friendly breed. I have to say I agree. When I met my husband, there was no issue. Lu loved him from the word go, and was up for cuddles and play whenever. When we started having babies, even though he was older, he was down for giving them rides, playing with them, and all the inevitable pinching, poking, and petting that comes with babies.

Because of my experience with Lupin, I staunchly believe that Labradors are a good fit for anyone. When I was all by myself, Luey was a great dog to have. When it was me and my husband, he was a great dog to have. When it was us with our first, our two, and now our three, he was and is a great dog to have. Even though his hips hurt, his hearing is going, and his eyesight is terrible, he will follow us out into our garden in the front. Neighborhood dogs run around, cats run around, even other peoples' chickens run around. Kids, teens, and adults walk by all the time. Lupin doesn't care. He only has eyes for our family. He keeps the kids close by and rolls around in the grass like a puppy. He never leaves our yard even though the front isn't fenced, and tends to mind his own business.

Even though we know that Lupin is getting on the tail end, I can't imagine my life without him. I've had him since he was a puppy. Our girls have never known a life without him. My husband says he's his second favorite dog - second only to another retriever breed he had as a kid.

One of his most endearing qualities is his inability to take a good picture. He makes a cute face, I click the picture, and he moves before I can capture it. Still, I want to share a photo of Lulu. Not one in the glory of his youth, but one in the glory of his winter years. I took a few just for this. Just so you can see what a good boy he still is, even at 15 years old. In fairness, though, he was getting lots of pets from me and our 1 year old!

Whether you're a single person, a couple, or a family with kids of any age, I highly recommend a Lab. The only word of caution I will offer is that as puppies (and they are puppies a while) they have a LOT of energy. They will need to have room to run, toys to play with, and plenty of attention from you and yours. If you go with a Lab, I hope you get as many wonderful years with them as we have had with Lu. And here's to many more.

Tell Us About Your Black Labrador Retriever