Find Basset Hound Puppies For Sale Near You 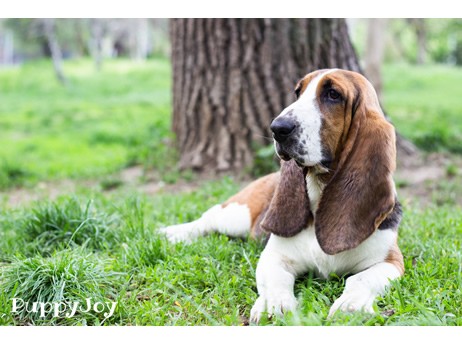 Basset Hounds simply make the best household pets. They are kind natured, obedient, lovingly peaceful and very handsome to boot. They have a wonderful preoccupation with following smells; once they catch the scent they rarely abandon the hunt until the case is solved. Basset Hounds can be tricky to house train, however a calm and consistent approach to training will overcome this. 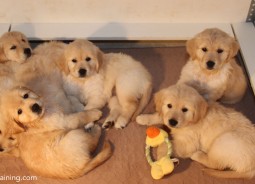 What's in a Basset Hound

What’s in a Basset Hound that makes them such a desirable pal? Perhaps it’s their ever-shedding soft coat, their meat-soaked long velvety ears, or their lion-sized paws.

I’ve been around Basset’s for most of my life and even though I’ve had some short spells without them, I can’t imagine not having one.

The first few hounds I’ve owned were of low quality. That’s not to say they weren’t loving and devoted friends. However, they did have various health issues and though the cost of them as puppies was quite low upfront they quickly evolved into a financial liability. Their disposition wasn’t quite typical of quality basset hounds and their joints quickly became debilitating to not only the basset hounds, but too my family as well.

One of my Bassets that stick out in my mind was a male (I’ve always been partial to male bassets) named “Old Man Bojangles”. His name started out as Bojangles, but within 3 months “Old Man” was added. The reason being, he developed luxating patella (which means his knees chronically popped out of place) and he quickly became old in his gait followed by his mannerisms/disposition. In short, he became a rickety, and grumpy old man. One veterinarian offered to attempt to reconstruct his knees at the cost of seven thousand dollars and he couldn’t guarantee the operation would fix the defect. He lived about 11 years with various afflictions that didn’t bode well for a high-quality life.

Along with the life-long health problems Old Man Bojangles developed, he did not have the appearance of a champion. I know a lot of you may be thinking I’m a superficial low-life for judging his appearance. But if you actually think about it, why do we seek out AKC pure bred dogs? The reason is we are drawn by the appearance of the breed. I’ll go one step further and say we are drawn to the appearance of the best examples of the breed. I digress. Old Man Bojangles skin around his face was tight and though he was AKC certified, he was mistaken for a Beagle with extra-long ears many times. He was undersized and his bone structure was not as dense as great examples of the breed.

I loved that Old Man. I was quite the mess when I had to put him down. He was my pal, but looking back, he cost me a lot financially and emotionally.

Another Basset I owned was a female named Dolly. She had all the superficial qualities of a Basset except she was miniaturized and her disposition was suspect when it came to children. This posed a concern when my wife and I started having children. Dolly’s mother was a very small sweet Basset hound and her father was a giant brute that had a bad attitude problem. Dolly took on the size of her mother and the looks and attitude of her father. Needless to say it was very rough having her around though we loved her tremendously. As a side-note, Old Man Bojangles hated her.

We learned our lesson the hard way when it came to purchasing puppies. We no longer look for bargains or discounts when it comes to buying our puppies. Since Basset Hounds are our poison, we have become responsible and highly educated when it comes to the breed. I have no problems paying three to five thousand dollars on a puppy if it means health, disposition, and appearance are going to compliment the breed.

What do I look for when searching for a Basset? First let’s talk about the history and evolution of the mighty Basset Hound.

The Basset Hound is said to be of French descent, but don’t hold that against them. The term Basset in a nutshell is from the French word Bas (low) and English word Set (Low Set). The rumor is peasant hunters couldn’t afford horses and long-legged dogs were hard to keep up with. So, they created a breed that would be short, sturdy, long-eared, and have a snot-locker like no other when it came to sniffing out game. The Basset Hounds of old would’ve had a slightly difference appearance then present-day standards. Imagine a thinner and slightly taller hound.

Part of the evolution of the Basset Hound was to domesticate them to be more suitable as a companion and less so as a field dog. This resulted in their appearance morphing into something more “clownish”, or as most Basset enthusiasts would say more adorable. Let’s be honest, we humans desired their traits to be more pronounced which is now what we have in the standard of a modern-day Basset Hound. It is very important to do your pedigree research and seek out these traits when searching for a puppy.

Most “experts” would identify a Basset Hound as a medium-sized breed. And I would agree most poorly-bred Bassets fit this category. However, I would argue great examples of the breed fall in the Large-dog category.

The head of a Basset Hound should be rather large with a thick muscular neck. I would be very careful not to underemphasize the size of its head, as this is what gives a Basset Hound their distinctive and noble appearance.

The skin of a Basset Hound should be very, very, very loose. This is not to be confused with wrinkles. There is a distinct difference. My test of skin looseness again relies on the Basset’s head. You should be able to accumulate an abundance of loose skin in your hands and ball it up over their eyes without any discomfort to the hound. In a nutshell, you should be able to get their face to resemble an old beat up catcher’s mitt.

The coat underneath the chin is called the dewlap. This is a very important trait in a Basset Hound. It is said the dewlap helps trap scent so that hound can store scents as they search for game. I say this is probably folklore more than anything, However, I won’t purchase a Basset without a well-pronounced dewlap. This skin should be multi-folded and in such excess that you can pull and massage rather firmly. You should be afraid to lose your TV remote control in a Basset Hounds dewlap.

Basset paws should be very large as their bodies are very long and large and their legs are very dense and short. They need a big foundation to help them balance all that weight. It is not uncommon for a healthy (non-fat) male to weigh 85+ pounds and females 65+ pounds. As I previously mentioned, Basset Hounds are rather large albeit short dogs.

My current dog is a giant Basset named Burl. I named him after Burl Ives, however he also resembles a “burl” as in a tree burl. He is my best friend and has all the characteristics and traits of a desirable Basset Hound. He’s amazing with kids to a fault and he only demands love, food, and water (not necessarily in that order). He cost us a pretty penny upfront, but has blessed us with companionship like no other dog before him. We couldn’t imagine our lives without him.

Remember, forking out the money for a high-quality Basset will pay huge dividends. Do your homework and know the breed before taking the plunge. If you do this you will have a much more fulfilling life with your new best friend.

Tell Us About Your Basset Hound